Securing the Battle Lines to Win the War on Talent Posted at 12:19h in Executive Search by Ralph Dise
0 Likes

Winning the talent war takes looking beyond the obvious age groups to find the best candidate. You might be surprised at what your next successful search uncovers.

The millennials I’ve met (I’ve met a lot of them) are ambitious, driven and desire career success. Sure, they want a balanced life, but they’ll put in the hours for a good boss and a mission that means something to them. This age group sometimes gets a bad rap on a number of fronts: oversensitivity to criticism, using text instead of the phone, and displaying hesitancy when interacting with higher levels in the organization.

We think they need “safe spaces.” In reality, mass media oriented to elite east and west coast universities perpetuate that silly notion. Most young people are focused on getting a foothold in the commercial world.

Millennials are ambitious and they want to be challenged. Unlike many boomers who worked before their 21st birthdays and had opportunities via formal organizational training programs, few millennials had jobs during their teenage years. Add to that the fact that many companies have eliminated formal training programs and today’s employers expect new hires to hit the ground running.

All in all, it’s no wonder that many young people lack even fundamental notions of how the real world works. They just haven’t learned that the boss is dying for them to get to work on whatever crosses their path. This unfamiliarity with “how to go to work” can be overcome with strong onboarding, mentoring and hands-on management from the first day on the job.

Lots of smart millennials are out there, looking for the chance to contribute. Develop a plan to recruit, train, and retain them. Give them plenty of room to grow and nurture that growth with positive reinforcement and winning opportunities. It is one surefire tactic to winning the war on talent.

I just don’t know what to call the people between millennials and boomers anymore. I’m sure sociologists have named them but I’m not going to Google for that name. These are the men and women driving organizations today. 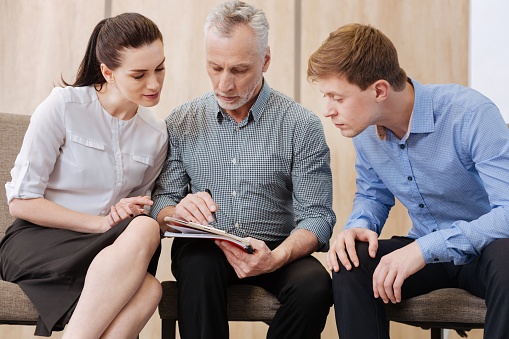 Many felt underappreciated during the lengthy recession that occupied the maturation of their professional lives. Some are anxious to bolt from their current employers. Future employers may exploit this opportunity, too. Every day we get calls from human resource executives, CEOs, general managers and owners of privately-held companies seeking our help to recruit replacements for executives who have jumped ship for new opportunities.

I get emails and phone calls from disgruntled “in-betweeners” weekly. They’re ready to move on and feel underappreciated after so many years of hard work, minimal pay increases and little emotional support from bosses who feel equally underappreciated. If the economy continues to grow, there will be an overwhelming period of corporate musical chairs as the “in-betweeners” start jockeying for more pay and greater responsibility.

A Great Source of Experience…The Boomers

A true story illustrates how acting outside of traditional recruiting paid dividends for us. Several years ago, our executive recruiting practice took a huge leap. We needed another researcher to help us fill the many new executive positions that were coming our way. Who did we hire? A retired senior executive from a Fortune 500 insurance company who was bored silly with retirement. She was thrilled to learn a new business, work with a whole new group of people and interact in a small business setting after spending thirty years in publicly traded companies.

Think about it. Suppose a highly-skilled 65-year-old boomer is looking for an opportunity to put experience to work. Given today’s healthful living and longer life expectancy, the 65-year-old may very well enjoy an additional ten or more years of active work life. What a contrast to an ambitious millennial who’s likely to give you two to three years before moving on to “greener pastures.”

In short, if you hope to be victorious in the war for talent, consider the pros and cons of each population group. Pay careful attention to the risks and rewards of recruiting, hiring, and retaining the millennials, the “in-betweeners” and even the boomers.